3D scanning, CAD, and 3D printing have been used to restore the works of some of history’s most famous artists, returning works by the likes of Michelangelo and da Vinci to their former glory.

After the present state of a given artwork has been evaluated, the work can be digitally scanned and modeled. The possibility of unintended interpretation is minimized by using existing pieces of a work as the basis for subsequent restoration. Restorers are able to access a wealth of data on potential issues as well as enhancements, followed by documentation, the design of shapes, and restoration. 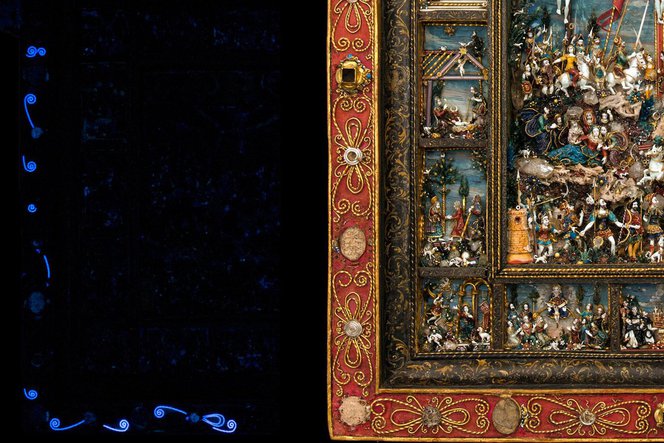 The reconstructed 3D printed parts on this multi-material reliquary are only visible under UV light.

Owing to the complexity of the features involved, and the lack of techniques that could guarantee safe and secure recovery, many previous attempted restorations were abandoned as impossible. Now, with the help of the digital workflow, even incredibly intricate, multi-material restorations are feasible, like this one undertaken in the Museo Tesoro dei Granduchi in Florence.

Information contained within this page originally appeared on Formlabs.com